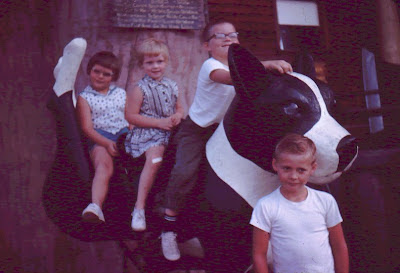 Here are the Johnson kids back in the days when we were avid Captain watchers. We're on vacation at Paul Bunyan Land in Bemidji, MN in 1963. Trivia question - What is the name of Paul Bunyan's dog? Left to Right: Debbie, Diane, Steve and Joe.
Posted by Diane Johnson at 10:08 PM