My interest in genealogy guided me towards trying Tombstone Tuesday postings. 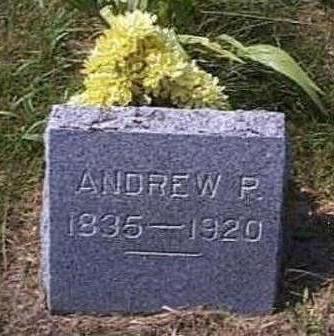 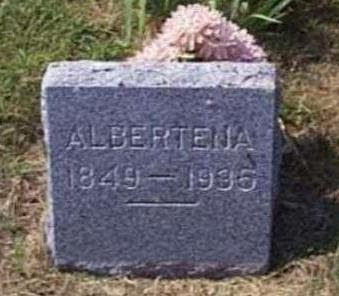 My Great Grandparents tombstones at Grandview Covenant Cemetery, Rural, Larchwood, Lyon County, IA. Anders Per Jönsson changed his name to Andrew Peter Johnson when he and his family immigrated to the Canton, Lincoln County, SD area in 1881. He was born May 6, 1835 in Slätmontorp, Ljung Östergötland, Sweden and died September 13, 1920 in SD. Albertina (Gustafsdotter) Johnson died from pneumonia in 1935. She was born April 25, 1849 in Nybrofaller, Stjärnorp, Östergötland, Sweden and died February 14, 1935 in SD or IA. She had lived on the family farm near Tea, SD with her sons but also lived with her daughter Emma Long across the river in rural Larchwood, IA. The documents I have, have her named spelled Albertina, while this tombstone has Albertena?

Not far away to the west from our Great Grandparents graves is my brother Steve's grave and tombstone at Grandview Covenant Cemetery, rural Larchwood, Lyon County, IA. Born at Sioux Valley Hospital in Sioux Falls, Minnehaha County, SD, he died of cancer in 2007 in Fresno, Fresno County, CA.

Posted by Diane Johnson at 6:17 PM