I just watched the Stand Up 2 Cancer special. It was moving and emotional, made me think of my brother Steve. He was diagnosed with gastric cancer August 8, 2005, after a courageous battle he lost his fight December 19, 2007.
Since Steve was diagnosed, my eyes opened to how many other people have been affected by cancer, just on my little street the four houses around me have someone with a mother who is a breast cancer survivor, a son in law who died of lung cancer, a daughter fighting colon cancer, a survivor of bladder cancer and me with Steve who died of stomach cancer. This touched my little neighborhood since 2005 when Steve was diagnosed.
Click on the colored Stand Up 2 Cancer above to go to their link, donate if you can. Hopefully some research funded by this event will help turn the corner on this fight for everyone.
Right: Steve diving in Hawaii in 2005, at Yosemite and white water rafting in 2006. Below: A video talk on the computer in 2007. 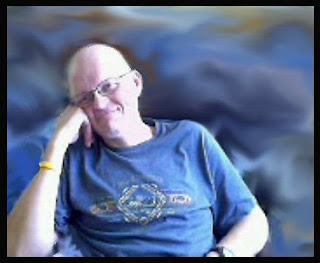 Posted by Diane Johnson at 8:03 PM

Such a kindly post. My wish is that your words serve such a purpose as it does for me.