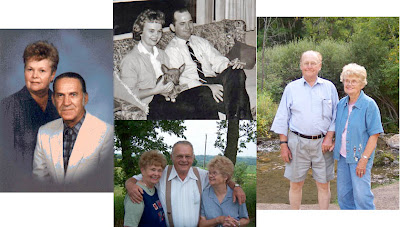 Mom was adopted as a child and grew up as an only child. As an adult we located her birth families and she found out she had 5 half siblings. On her birth fathers side she had a sister Julie who passed away the day I sent a letter to her brother introducing our family and brothers Don (1930- ) married to Lois and Ray (1942- ) married to Lynne (1952- ). On her birth mothers side she had a sister Page (1939-2006) who died before they met, although they did talk on the phone previously, and a brother Baird (1940- ) and his wife Sandy (1942- ). Mom's met all her brothers, I haven't met any of them in person, but have talked and/or e-mailed with them, someday... They live in Colorado, Arizona and Illinois currently. 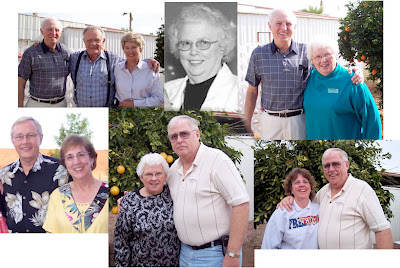 Posted by Diane Johnson at 4:50 PM