Back on the Farm 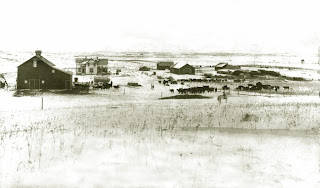 Right: Charley and Anna Swanson's (my Great Grandparents) farm in the early 1900's. Today it is home to horses from Novartis Animal Health.
Built in 1901 along a valley on the north side of Blood Run Creek, this house had 5 bedrooms upstairs, and a parlor, living room and kitchen-dining room, 16 by 16 feet, with large pantry, and 2 bedrooms downstairs. Later the house was remodeled

with a bathroom upstairs, a sleeping porch added on the east side, a hot air furnace put in, and electric lights. Charlie built a large horse-cow barn, sheds and chicken house west across the road on section 20. He made a feedlot area south of the house with various sheds, feeders, corncribs, grainary and a hog house. At one time he farmed and grazed about 2000 acres, cutting wheat and some oats and barley with four binders, and in corn-husking time had up to 6 men picking corn. He had a well, grounded in an artery of water, which watered hundreds of feeding steers, hogs and calves. 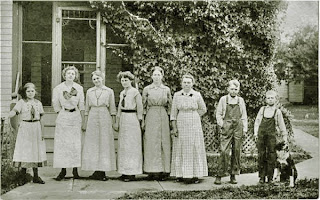 Left: A group outside the kitchen door. On the far left is my Grandma Phoebe. This is a picture of her that hauntingly looks like my sister Deb. Phoebe's sister Mable is two down from her and the three on the right side are Grandma Anna, Uncle Emil and Uncle Elmer.
No one lived in this house during my lifetime, but I was able to explore in it a few times before it became dangerous and was eventually burnt to the ground. I have the flour bin from the pantry, an old medicine bottle I found as a child in the basement and many granite rocks from the foundation that we retrieved after it was burnt down. My Dad and his sisters have so many happy memories from this place, Christmas gatherings, sleeping with quilts piled high on top of them and always the memories of cookies and treats from their Grandma Anna. Dad even remembered once they got ice cubes and were happy with the rare treat. (They had a refrigerator that ran on 32 volts and made ice cubes.) 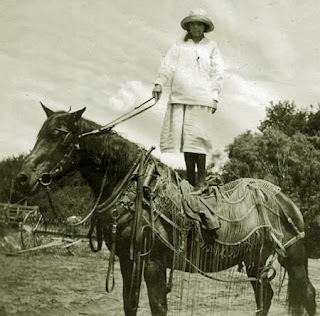 Right: My Grandma, Phoebe Carolina Swanson (Johnson), she must have been in her early teens in this photo? Grandma was born in 1900 and on her Golden Birthday in 1919 there was a party with approximately 140 people in attendance! I wish I had photos from that party. 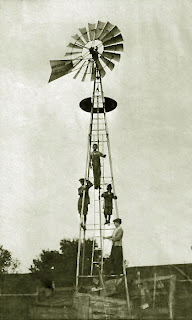 Left: Windmill climbing on the Swanson farm, I'm sorry to say the only one I recognize in the photo is Uncle Elmer, who is the highest on the windmill. We have the pump from this windmill in our yard at Mom and Dad's. 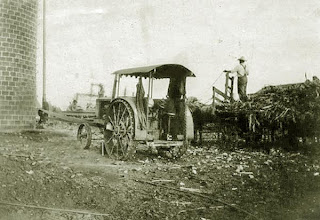 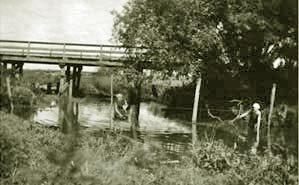 Left: Fishing in Blood Run Creek with a net. 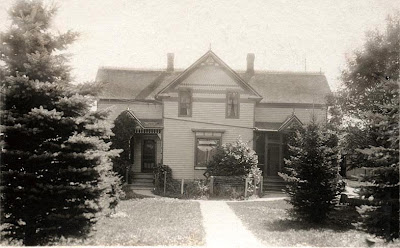 Posted by Diane Johnson at 6:29 PM